Posted on September 4, 2013 by Sheree Johnson — Leave a comment

(9/14 UPDATE:  Today, Apple finally launched their watch, called simply, “The Apple Watch.”)
(10/13 UPDATE:  Apple competitors are doing a happy dance having dodged a bullet that Apple didn’t announce the iWatch launch as some had predicted they would do on 9/10/13.)

Now that Samsung has done its part by officially revealing the Galaxy Gear, tech eyes are turning to Cupertino, Calif., to watch when Apple will launch its version (pundits have already named it the iWatch). Smartwatches are nothing new, they’ve been around for a few years. But with the launch of the Samsung and Apple watches the category is poised to be the hot gift item for this Christmas, especially for all the beloved gadget geeks we know.

But after the holidays, will the product take off like tablets did last year? Many critics have their doubts. None of the current smartwatches have captured the attention of buyers. First, while it’s cool when you first try a smartwatch, after a short period many users say it gets boring. The limited functionality gets frustrating over time and reports are the smartwatch ends up sitting on the shelf, becoming more of a novelty to show off when appropriate. The screen is small and people still pull out their smartphones for most tasks. Plus to talk on the phone, you have to bring your wrist up to your ear. Awkward.

Others point out smartwatches won’t sell unless people think they are stylish. Wristwatches have been around for an awfully long time and have evolved into a fashion accessory. Consumers already have high expectations over what they should look like and will scrutinize the style factor of any new smartwatch accordingly. I’ve had my beloved Citizen watch for over 25+ years. I don’t feel dressed unless I have it on.

Wearable computing products are in their infancy and like mobile phones, will undoubtedly improve over time. But right now, there really isn’t a convincing argument for why someone absolutely must own a smartwatch. People bought mobile phones when they were incredibly ugly because they needed to make phone calls. There’s no reason to buy an ugly smartwatch unless they offer the same life-changing functionality. Style came after function with the smartphone, style will be before function with the smartwatch. What do you think? Take our poll! 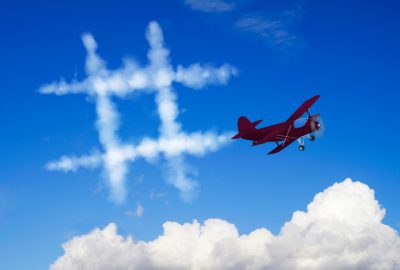