Beginning a couple of months ago, managed Facebook business pages began to see a noticeable fall-off in activity, or drop-off in organic reach per fan. Posts were reaching a much smaller number of fans than usual. Usually, around 16-20 percent of a total fan base was considered to be a large number in terms of organic reach. So if a page has 2,000 fans, possible reach for a post could have been anywhere between 320-400 fans seeing that post in their news feeds. However, since this number has dwindled down to 4-6 percent, the reach number is now between 80-120 fans being exposed to a post, and some are saying Facebook will take it even lower, to 1-2 percent (that’s just a reach of 20-40!). 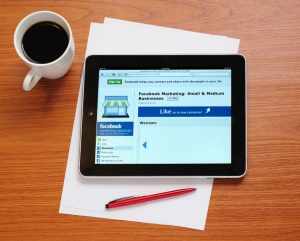 This change in Facebook’s algorithm was met with outrage, especially by small business page/group owners and Facebook’s suggested fix for this was to do paid ads to increase the visibility of a post. Business page owners spent a lot of time accumulating their followers and likes that they have, it became frustrating when it appeared that all this work they did was now secondary.

Facebook says that this change is not because the company is trying to make businesses “pay to play,” it’s because there is so much more information being posted these days. Basically, competition for space in the average users news feeds is causing organic reach to drop. Rather than showing people all possible content, the news feed is designed to show each person on Facebook the content that’s most relevant to them. Of the 1,500+ stories a person might see whenever they log onto Facebook, news feed displays approximately 300.

To choose which stories to show, news feed ranks each possible story (from more to less important) by looking at thousands of factors relative to each person. Understandably, Facebook won’t share what those thousands of factors are (it’s their “secret sauce”), but not surprisingly, they do suggest that if you buy ads, your reach will be better.

No matter what the explanation, it appears that the free ride is nearly over for businesses that use Facebook as a marketing tool. Where once success was determined by likes and follows, now if you want a successful business page on Facebook, you must have great content, the interest to draw Facebook’s attention and the budget to supplement a reliable ad campaign.

Instead of, or in addition to paying for an ad campaign, there are a few other things you can do which can help offset some of these changes:

To stay up to date with the latest changes in Facebook, bookmark the Facebook for Business News page. Remember, though Facebook pages are changing constantly, some important strategies remain the same, such as always providing valuable information to your audience. While the loss or gain of some features might make it more difficult for you to reach more people, focus on strengthening the relationships that you already have with your Facebook fans.

And finally, as a general user of Facebook, if you want to improve the chances of seeing posts from pages you care about, you should consider clicking the “unlike” button on pages that you don’t really engage with. You can also make it a point to routinely visit pages that you want to see posts from and comment, like or share something to help Facebook’s algorithm understand that this page is important to you.